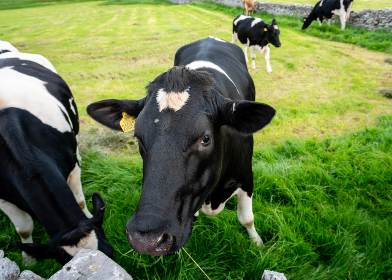 Opportunities in China remain remarkable, but this brand-new era for the chemical industry is far more complicated than in the past. Multinationals that are much better notified and much better gotten in touch with government companies and build more support for their presence in China will have a greater opportunity of counterweighing SOEs’ political advantages. Absorbing into the Chinese economy– and being perceived as doing so by measuring and interacting the benefits they use– is a tactical vital.

The chemical industry in China reached a turning point in 2008 when outbound investment from China, equating to 36 percent of the global industry’s overall foreign direct investment (FDI), became significant for the first time. In 2009, when Western economies were reeling, China’s outgoing investment dropped somewhat in absolute terms from $53 billion to $44 billion, but grew reasonably to 56 percent. The increase will continue, reaching $137 billion in 2015. Incoming FDI in chemicals will plateau in the $160 billion to $200 billion range through 2015, as China’s gross domestic product slows.

The essential problem for chemical multinationals is that their fate depends on Chinese government policy at the nationwide, provincial, and local levels. Government impact in China is complicated and frequently nontransparent. It starts with the Five-Year Plan, that includes industrial policy objectives, security and environment policy, access to feedstock, pricing, licensing, and approvals. The attitudes, beliefs, and pressures of the additional levels of government can also be challenging to evaluate. Chemical multinationals will benefit by putting more effort into understanding and communicating with all stakeholders and considering how government actions may progress, with matching scenario plans at the ready.

A new stage, beginning in 2012, is likely to be more challenging for multinationals, with capital expense possibly much riskier. While growth forecasts stay high, we anticipate the government to step in more actively to upgrade and reconfigure the structure of competition. The government is looking for to increase the regional value included the chemical industry by gaining more access to specialty and great chemicals and improved chemical production procedures. In lots of sectors, this has actually increased competitors.

By 2014, China’s share of the global chemicals market is predicted to rise to 29 percent. Strong growth in chemicals comes in large part from growth in customer markets. China’s vehicle industry growth will average 24 percent annually in between 2008 and 2012, despite the fact that 2011 growth was practically flat. Consumer electronic devices will grow 23 percent a year between 2008 and 2015, and building will see 24 percent yearly growth over the very same duration. Chinese customers are driving the demand in the automobile and construction sectors. Despite a recent economic slowdown, medium- and long-term growth projections are sound.

China’s chemical industry has actually grown dramatically in the past thirty years, in line with the country’s general growth and the principles of crucial client markets. China will quickly represent one-third of the global chemicals demand (see figure 1). CAS# 13755-29-8 remains optimistic for foreign chemical business in China, as the nation continues to depend upon foreign manufacturers for numerous chemicals, especially advanced specialized chemicals, in spite of the government’s self-sufficiency objectives.

A lot of executives we spoke to are confident about future demand. Nearly all surveyed state their return on capital investment enhanced in 2010 and they expect additional improvement in 2011. They think that doing business in China will become easier as intellectual property (IP) security enhances and, significantly, as their understanding of city government develops in parallel.

As China’s market grows, more leading multinationals are increasing their direct exposure to the market as they invest in local Chinese production centers. Some smaller sized gamers have actually invested so much in China that the market is now one of their core organizations– if not their core organization. In tandem with foreign multinationals’ increasing investment has been the rise of chemical SOEs– the leading SOEs have increased their investment spending plans and have grown impressively given that 2008. In general, chemical earnings in China grew 24 percent year over year between 2005 and 2010.

China’s growth and past capital expense imply that China represents a higher percentage of overall incomes for chemical multinationals. In between 7.5 and 50 percent of the total sales for the leading 15 multinationals in China originate from China, and smaller sized firms have frequently invested a lot more strongly. Chinese business are likewise growing stronger and making considerable capital expense domestically and globally. SOEs Sinopec, PetroChina, CNOOC, ChemChina, and Sinochem all saw year-over-year profits boosts of more than 30 percent in 2010. Because of government support, these SOEs have almost unrestricted budgets to pursue their strategies and global expansion and to increase their competencies. Multinationals’ competitive position is growing harder, not simply in China, however possibly internationally.

Chemicals are basic to practically any economy. In the late 19th and early 20th century, for example, previously agrarian and freshly consolidated Germany established its chemical industry to move past the economy of the UK, where the Industrial Revolution first took hold. Today in China, the chemical and petrochemical markets are crucial to many quickly growing commercial sectors, consisting of durable goods, automobile, and building. As a result, the chemical industry has high concern within the Chinese government.